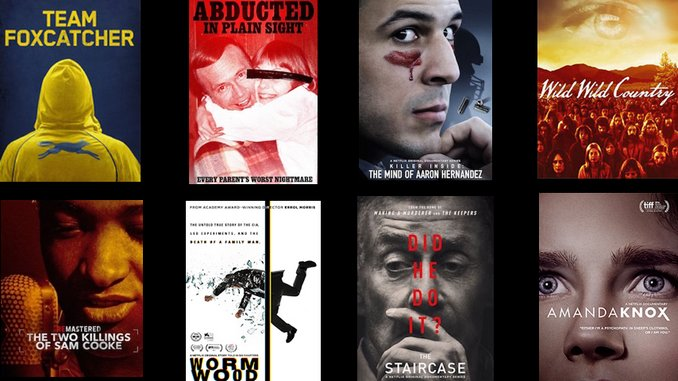 MURDER, MYSTERY, AND MAKEUP: MURDERER, CANNIBAL, OR SAINT? TOP 10 MOST GRUESOME MURDERS IN AMERICA! Coffee and Crime Time: The Stella Schoolgirl Murders. HE WAS COOKED INTO CURRY AND SERVED TO THE TOWN | True-Crime Mukbang. With a single search on YouTube, one can find thousands of videos that analyze every method of murder imaginable, alongside an upbeat phone case and VPN sponsorship. The comment sections are full of fascinated viewers, intrigued by mankind’s capacity for brutality.

Our attraction to this gruesome genre is not inherently bad; in fact, according to a 2022 NewGov America poll, 62% of Americans believe that the consumption of true-crime promotes safety-consciousness and vigilance. However, the constant growth in popularity of this subject has raised concerns amongst many. In the same NewGov America poll, 40% of Americans say it creates unnecessary paranoia and sensationalizes violence. Although true-crime is consumed and enjoyed by many, the pop-culture wave is dangerous and can often be unsettling.

“I’ve definitely seen an influx in true-crime stuff online. A lot of people enjoy it, but for me, it’s a little strange,” admits Kai Rikli, 12. “The attitudes that people have around actual, tragic stories that affected real people are so weird.” Unfortunately, the true-crime consumer’s habit of twisting current cases into real-time entertainment is not new. The most recent instance of this phenomenon is the Idaho Murder. The case’s exposure on social media led to thousands of uneducated users spreading misinformation and making unfounded accusations. “One of the most harmful parts of this true-crime trend is the amount of people that make themselves believe that they can solve an entire ‘murder mystery.’ In reality, they’re delusional and these crimes have too many complicated details for an amateur behind a computer screen to know,” Rikli adds.

Although true-crime wears a bad rep in many people’s eyes, there have been several instances where viewers have assisted legal enforcement with putting the puzzle pieces together in different cases. Adnan Syed, a convicted killer, was sentenced to life in 1999 for the murder of his highschool classmate, Hae Min Lee. Syed was recently set free in 2022 after a final piece of evidence was discovered. The podcast “Serial” was one of the first platforms to cover Syed’s case, gaining enough traction to build a dedicated audience. The host, Sarah Koenig, brought attention to Syed’s situation by posting her personal research, as well as opening the floor to her viewers. The clues and evidence provided by her and her audience were discussed and brought up during Syed’s several trials, undoubtedly helping his case’s progress.

“True-crime is meant to inform and spread awareness, which I think it has greatly achieved,” asserts Naysa Piper-Fisher, 11. “But the thing is, recent true-crime content has entirely lost its empathy for victims, their families, and their friends.”

The exploitation of victims has been a widely discussed topic in the true-crime community. “Dahmer,” the 2022 Netflix original based on the serial killer, Jeffrey Dahmer, was caught in a controversy concerning the families of the victims that were mentioned in the show. Rita Isbell, the sister of Errol Lindsey(one of the victims of Dahmer), wrote in an article for Insider, “It’s sad that they’re just making money off of this tragedy.” Jeffrey Dahmer is one of the most mentioned serial killers in true-crime media, with over 10 subject credits in shows and movies and even a niche fan-base. After the release of “Dahmer,” the internet began to treat Dahmer as a character in a TV show; making video/photo edits of him and even dressing up as the killer for Halloween. This begs the question of whether these true-crime shows and movies do more harm than good. It is undeniable that it is a retraumatizing experience for victims’ families to see criminals who changed their lives for the worse gain global exposure and popularity.

It is difficult to imagine oneself in a situation where they are confronted with a dangerous criminal unless one has had firsthand experience. For this reason, true-crime cases can seem more like fictional stories rather than actual events. Many true-crime content creators find it easy to share stories of shocking violence and brutality alongside bright color schemes, exaggerated voices and music, while doing their make-up or eating snacks. It is disturbing to say the least.

True-crime is enjoyed by over half of Americans, with 13% saying it is their favorite genre. The category has its positive impacts when executed properly and respectfully; however, there is a clear difference between genuine curiosity in the psychology of criminals and capitalizing on trauma and tragedy.