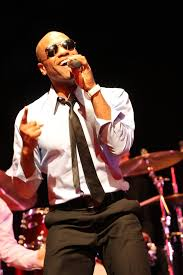 As students flood C hall, standing and conversing, the next period looming, Travis Tucker can be found submerged in the commotion. At his medium height and young appearance, his lustrous bald head is the lone trait that sets him apart from the swarm of students. It’s likely he will be standing with a small speaker hoisted onto his shoulder, a.k.a the two minute bell that you can’t ignore through the chatter of the locker bay.

At this point in the year students have realized one thing about Travis Tucker:

“He will make sure we get to class,” Ana Scruggs, 12, explained.

Tucker, a musician at heart, grew up playing in bands and choirs, as well as just singing around the house. He went to New York University with hopes to pursue this career and became a very decorated musician. He later found himself at the University of Virginia, finally pursuing his passion for education, something he pondered in his youth but had never truly considered. After a few different Dean jobs, Tucker ended up here, at Westfield.

“My whole family tried an instrument at some point,” Tucker stated, describing the origin of his love for music. His first ever performance took place at a Christmas pageant when he was six. After receiving rave reviews from the audience, Tucker realized that he might have more talent than he had originally thought.

As Tucker grew up, he dabbled in basketball as well as soccer, but his love for music always stood at the forefront of his mind. He joined and performed with a few different bands upon attending NYU, as well as spending some time in musical theater which he quickly realized was not his ‘thing’. Tucker even started an acapella group of his own.

“Whether he is on stage or just walking the halls, Mr. Tucker has a certain charisma that captures the attention of an audience,” Scruggs explained. As modest as he may be, Tucker truly has many gifts that shine bright for all around him to see.

During college, Tucker ran into the opportunity to audition for American Idol, a very popular singing competition that airs worldwide. Over 10,000 people audition in each city and less than 100 of the auditioners are pushed through to audition in front of the celebrity panel. At 21 years old, Tucker sang Isn’t She Lovely in front of Paula Abdul, Randy Jackson, and Simon Cowell. With his strong vocals the judges sent him through to the live shows and he ultimately made it to the top 16.

What would seem like a nerve wracking experience to most, was Tucker simply doing what he loves most in the world. Singing and getting the chance to showcase his talents. “I love performing, you can get such a rush from seeing the crowd react to what you do,” Tucker stated.

After a few years at NYU and feeling the effects of his moments in the spotlight, Tucker decided to transfer to the University of Virginia where he began to pursue his career in teaching. “I’ve always found performing and teaching come naturally to me, I also think they might be similar in many ways,” Tucker reflected. His love for performing stuck with him as he utilized it to develop his instructional skills.

“He brings a high level of energy and love for kids,” Antoni DeBari, Principal, complemented, “He has already made so many connections with students and staff across the building.” As the Dean of Students here at Westfield, Tucker describes what he does as: “Supporting students who aren’t living up to their potential on the attendance side of things;  my job is to help them see how awesome they are.”

Tucker has enjoyed his time at Westfield, and the feeling has clearly been mutual. “I have appreciated his close involvement with students as we get to know him better as a person rather than just an adult walking around the building,” Scruggs commented. He has made his mark on the students through his creativity and undeniable passion for teaching. Tucker aided students in the production of the Masked Singer, an event where his love of music was able to surface when he delivered a phenomenal performance of Uptown Funk.

“I have very little experience when it comes to putting on a production to the scale of Masked Singer. Mr. Tucker really stepped in to help make sure my committee and I knew everything we had to do and teach us how to work things like lighting, sounds, and mics. In the end, it was a lot of fun,” Scruggs reflected.

Tucker has held over 100 conferences with students. While this may sound tedious, Tucker views it as his favorite part of the job. “I really enjoy hearing their stories because then I can make them a part of mine,” Tucker explained. He feels that he has met some truly genuine people in his brief time here at Westfield.

There is no denying that Tucker’s resume is filled to the brim. From acapella groups, to bands, to American Idol performances, to having written and put out 3 albums; it may be hard to understand why he decides to be here instead of on a stage somewhere. Through all the glitz and the glamor, what Tucker really wants students to know about him is that: “I really do want the best for them — even when I’m giving them a hard time — nothing would thrill me more than to see them thrive and change the world.”