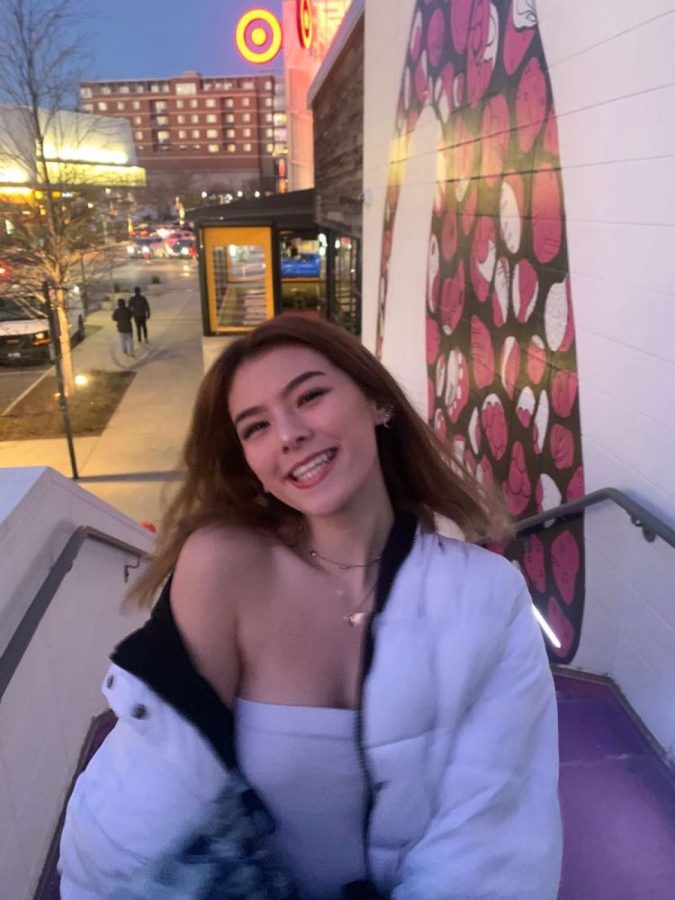 In the 1800s, Walt Whitman—a.k.a. “Our Great American Poet”–used his voice to celebrate our nation’s diversity. Proclaiming, “I Hear America Singing,” Whitman painted vivid pictures of this melting pot we call America. His verses capture an ideal deeply embedded in our creed: that we all have a place in the choir.

Whitman also conveyed a passionate awareness that the journey involves challenges. Our “song” is often an ode to overcoming those challenges. This column provides a voice to Westfield students and staff who wish to share their trials and triumphs, paying tribute to our collective spirit of resilience.

“While sitting on the curb throwing up, I was going through my phone looking for people to pick me up, but nobody wanted to; nobody answered the phone,” Hailey Mineo, 10, painfully recalls.

ineo  had sustained multiple blunt force trauma injuries to the face. Covered in her own blood and not able to control her tears or vomit from the sheer terror she was in, she ran across the street away from the house of her former boyfriend, E.L., the culprit of her injuries. (The Watchdog is not disclosing his real name.)

Mineo,  only 15 at the time, had already become a victim of domestic partner abuse.

It began on August 12, 2020. At a party, Hailey was approached by a 19 year-old man who immediately attracted her interest with his humor and charm; she did  not know that  later on he would devastatingly change her life.  December 12, 2020 was the date Hailey and E.L. officially became boyfriend and girlfriend.

Around two months into their relationship, it reached its peak. Hailey introduced E.L. to her friends, was hanging out with him constantly, and frequently spoke highly of him. They were in love.  Then, around five months into their  romance, the obsessive and insecure behavior from E.L. began, leading to screamining arguments.

“I’d wake up to him going through my phone,” Mineo remarked.

On multiple occasions E.L. would unexpectedly start petty fights leading to bigger and increasingly violent altercations. What started out as pushing turned into closed fist attacks leaving aching bruises. One incident ended in Hailey breaking a rib from the impact of E.L.’s strike.

Not only did E.L. afflict physical damage, he also depleted Mineo’s mental and emotional state. He continuously used gaslighting to belittle and control her.  “He would manipulate me and just brainwashed me into thinking what he was doing was okay,” Mineo reflected.

The love she had for him had turned to fear. “He made me forget what it was like to be my own person,” she said.

The question often posed to those in domestic abuse relationships is,“Why didn’t you just leave?” But studies show that abusive relationships do not always seem abusive in the beginning. The tension starts with red flags; for example , the abusive partner exhibits increasingly extreme emotional reactions involving jeolousy or controlling behavior.  But love and loyalty counteract those red flags, blinding the vicitm to the dangers.

Being so young, Mineo did not truly understand the concept of love, she now realizes. E.L.’s  influence over her convinced her their relationship was normal.

Domestic abuse can affect a wide range of people, including not just the victim but family and friends.  “I was always in trouble with my dad and my friends didn’t approve of my relationship,” admits Mineo.

Victims can start to find comfort in the abuse and slowly detach from loved ones. Signs of abuse can be mood swings, odd behavior, loss of interest in activities, lack of sleep, depression, and other negaative effects. But awareness is power–power to stand up to unrelenting cruelty.

On that fateful night last August, the abusive relationship between Mineo and E.L. finally came to an end. Around three in the morning Hailey was awakened by E.L. in a shaking rage. He had invaded the privacy of her cell phone yet again and found things he didn’t like. He then threw Hailey out of bed, punching her numerous times all over her face and body, while also spewing hateful words and threats. Escaping with the help of E.L. ‘s father after he had walked in on the violent altercation, Hailey sprinted out the door to safety.

Although Mineo ended the relationship, her pain and suffering goes on. The impact of E.L.’s blows to her face broke her orbital bone, resulting in several surgeries to repair the damage. Legal action is thankfully being taken; so far there have been four court dates to charge E.L. with malicious wounding.

After the violent episode Mineo endured, she ran away from home continuously over the span of 4 months. The road to recovery has been bumpy,  but she is finally headed strongly down the right path and is now safe at home working on having a brighter future.

“I will never let anybody treat me that way again or fear someone who is supposed to love me,” says Minow abot the lessons learned from her excruciating ordeal.

Abuse is real and rampant. Know the signs and fight against it. Hailey Mineo has courageously shared her story with the sole purpose to empower others to leave just like she did and  to speak up. Spread awareness for Mineo and millions of others who share their story.