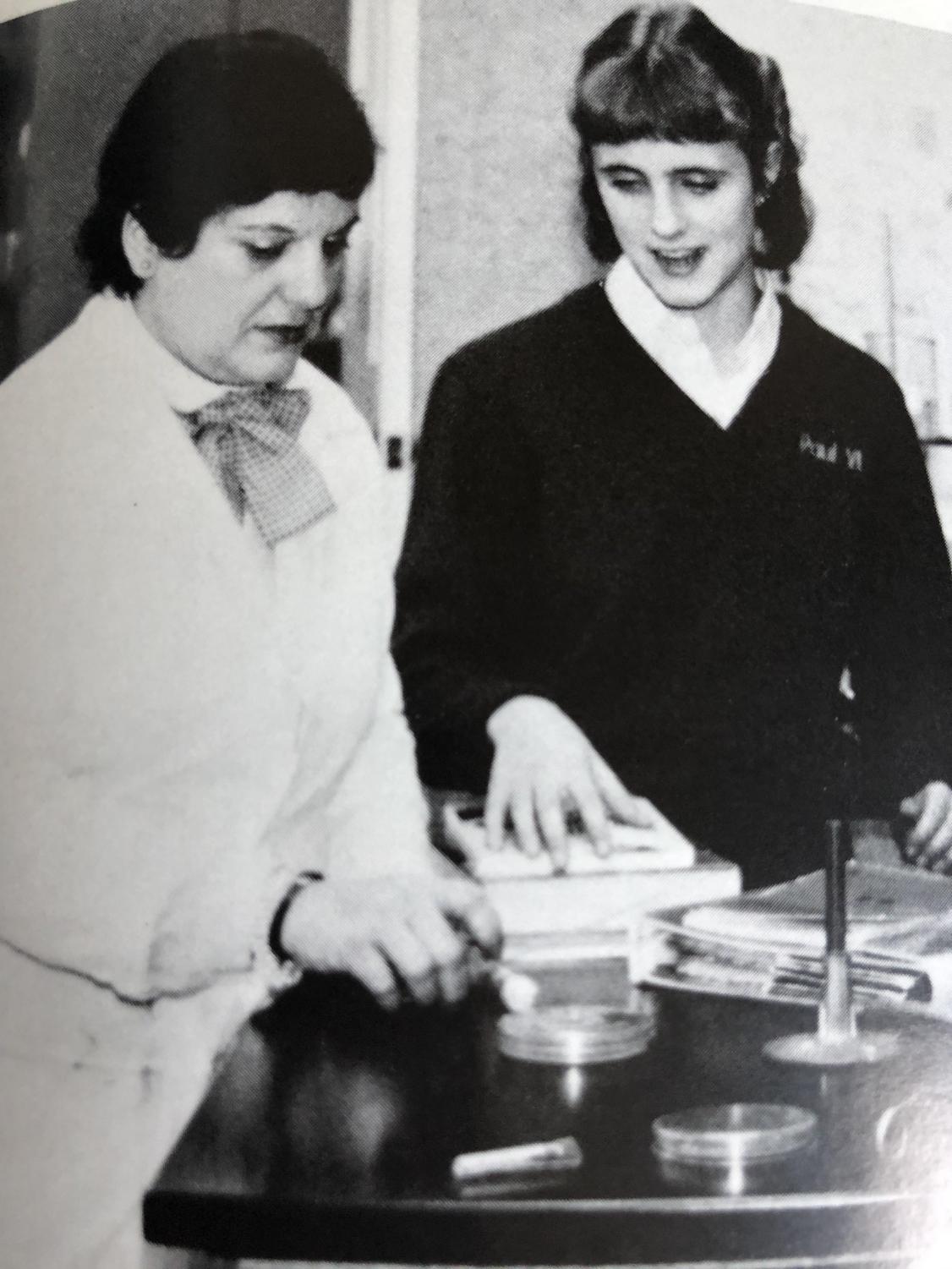 The author, Dr. Carol Raphael, conducts a chemistry experiment with a student at Paul VI High School, circa 1988. (Photo courtesy of Carol Raphael)

The author, Dr. Carol Raphael, conducts a chemistry experiment with a student at Paul VI High School, circa 1988.

SCIENCE AND FAITH: ONE WOMAN’S JOURNEY

The Mad Scientist explores an issue in the crucial realm of science, doing its part to reverse a troubling trend: Despite holding the key to curing pandemics and squashing existential threats, science has been taking a beating.

Having faith and being a scientist are two positions which seem to be contradictory. That has never been a problem for me.  I am here to share my journey of being a scientist while having a firm foundation in faith.

Many famous scientists, if not most, have expressed a belief in the existence of God.  Louis Pasteur, father of microbiology, said, “ A little science distances you from God, but a lot of science brings you near to him.”

One of the most famous scientists of the twentieth-century, Albert Einstein, expressed a similar sentiment: “The more I study science, the more I believe in God.  Science without religion is lame.  Religion without science is blind.”

Newton, Galileo, Copernicus, Kepler, Faraday, Maxwell, Harvey, Darwin, and Thomson are a few of the many scientists who also believed in God.

In our modern times, Francis Collins, director of the Human Genome Institute is a strong believer in God.

Therefore I feel that I am in the very good company of the scientific geniuses of our time.

Notice that I mention faith and not religion. Here are my definitions of faith and religion.  Faith is belief in an unseen creator or Supreme Being. Religion is the means by which individuals practice their faith in an organized community.  My journey will not contain arguments in support of any religion.  However, so you know my perspective, here is my background in the world of faith and religion.  I was born into a strong Italian Catholic family.  I received infant Baptism, and I am considered a “cradle” Catholic.  My mother instilled a strong sense of faith in me through the practice of the Catholic religion.  We attended Mass and other religious services in our parish.  We took part in the social activities there and I attended Catholic elementary, high school, and college.  Today I consider myself a liberal Catholic, and I believe that God loves us all equally, no matter what religion we practice.

As I progressed in my education, I learned how to form my conscience and developed a deeper faith in God.

I discovered science as a child, first in television commercials that used scientific demonstrations in the marketing of foods and other products.  Then I saw Captain Video.  He was a captain of a spaceship.  The whole set-up was clearly made of wood and cardboard, but as a child I never noticed. He made a model of the sun and the planets and I learned a lot of astronomy from him. I was going to be an astronomer until the sixth grade.  By then I had discovered Mr. Wizard.  He was a real scientist who performed biology, chemistry, and physics experiments with the aid of two junior high helpers.  In high school, my first science course was biology and as soon as my teacher told me I needed to eat a Snickers bar for energy while studying, I got hooked.  We also did science experiments and entered the Science Fair.  When I had my first chemistry class, I fell in love again.  Now I could use chemicals and see color changes and gases evolving.

I graduated with a double major in biology and chemistry.  I worked at Tulane Medical School and the US Department of Agriculture.  I took a long hiatus from working and had six children, but never gave up science.  I just had my own audience.  After 16 years at home, I went back to work and decided to teach science. I later earned a Masters and Ph.D.  While working.  I also did three internships at NIH during the summers.

So you might think that studying all this science would have destroyed my faith in God.  On the contrary it only increased it.  When I saw the intricacy of the smallest particle of matter and life, I knew only a master creator could have brought this about.  It didn’t happen by chance.  Yes I support evolution, but it doesn’t negate God.

Science and Faith have different ways of knowing.  Science rests on observations and support of hypotheses by testing.  By the way, scientists never prove anything.  They just support theories.  Faith requires belief in the unseen and untested.

Because of these different ways of knowing, I find no contradiction between having faith while being a scientist. True to the convictions of  Einstein and other scientists who walked in the light of faith, the more I study science, the more I believe in God.