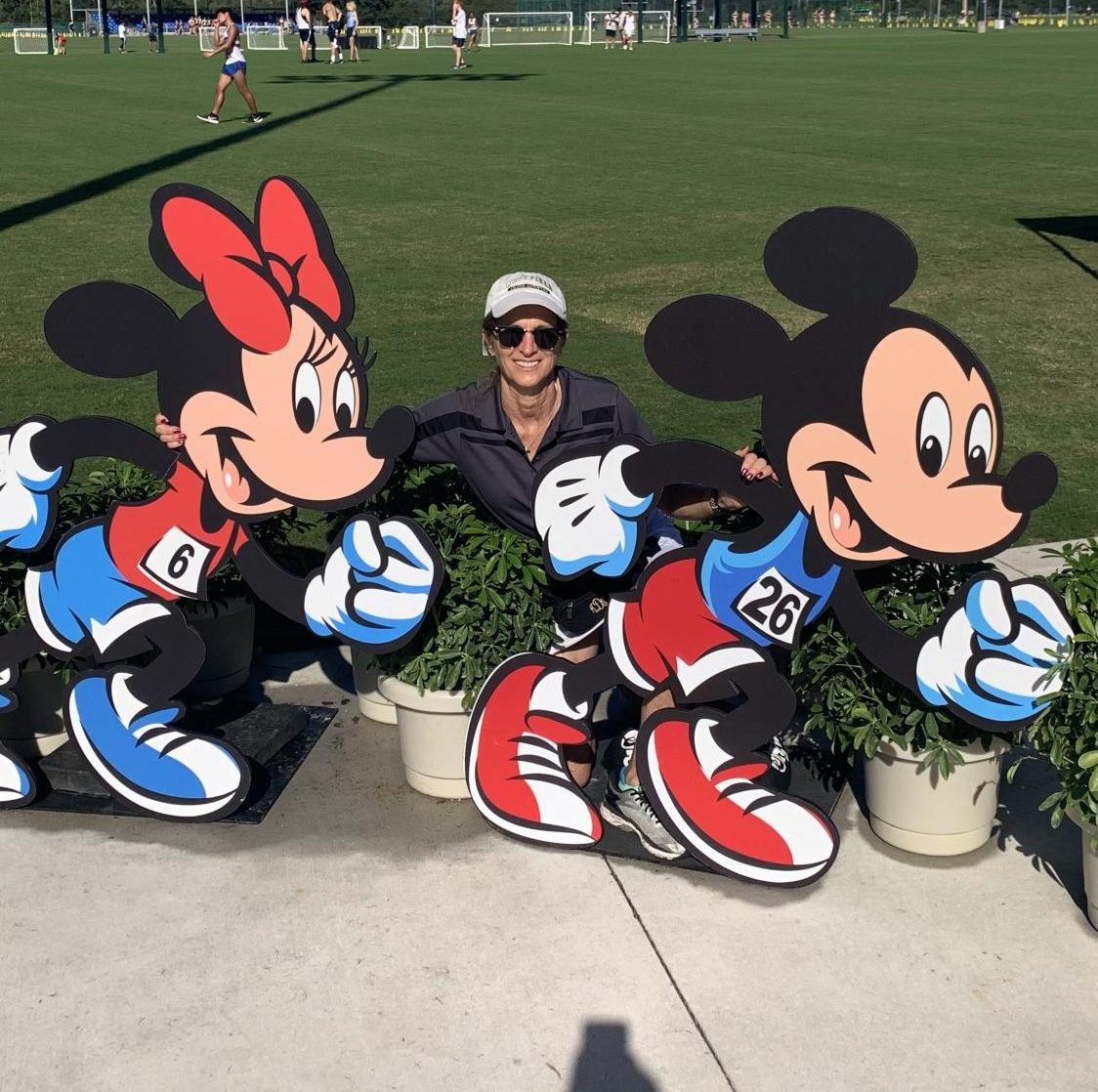 Coach Deegan at Disney with the team. (Photo courtesy of Greg Deegan)

Coach Deegan at Disney with the team.

COACH OF THE ISSUE: KELLY DEEGAN

On race day, as Westfield’s cross country runners make their way along the course, Coach Deegan calls out their splits and words of encouragement. In her roles as Head Coach of Cross Country and as PE teacher, the most important thing Coach Deegan hopes to accomplish is to teach her students and athletes to always be positive.

“Overcoming adversity is important because there will always be something in life that is hard, but knowing you can deal with it helps you,”  she remarks.

Deegan’s favorite thing about being a coach and teacher is the opportunity to connect with her students and athletes on a deep level  in many ways. Even if she doesn’t coach one of her students, she feels that she still is able to have a strong relationship with them.

Deegan played many sports throughout her life. In middle school, she did gymnastics and ran on the track team. In high school, she did cheerleading and track. Deegan would have done cross country, but it wasn’t a common sport for girls to do. She ran on a track and cross country scholarship at George Mason University.  This was her first opportunity to consistently run cross country. Deegan continued to be a part of cross country after her running career ended now as a coach due to her love for the sport.

Deegan recalls, “Girls sports back then aren’t what they are today, especially cross country.”

Throughout her time as head coach of the cross country team, she has cherished all of the experiences and great memories. Some of her favorite memories was when the girls team advanced to regionals because one of them placed sixth at Districts, and when the boys team also advanced to regionals. Deegan reflected, “The boys had never made it to regionals in their four years of cross country, but as seniors they finally scored enough points to advance.”

There are many things the coach hopes to teach her athletes and students, but she likes to spotlight the top four. First, she hopes to teach positive thinking. Even when life gets hard, thinking positively will help you overcome that challenge. The second one is overcoming adversity because by knowing you can overcome it will help you in life. Third, she hopes to encourage a healthy lifestyle. Eating right, exercising, and getting enough sleep will help you live a happy and healthy life. The last and most important idea she hopes to teach them is don’t take things for granted. There are so many great things in life that need to be appreciated and not taken for granted.

“There will always be challenges, but you have to try your best to overcome them and live a positive, healthy life,” said Deegan.