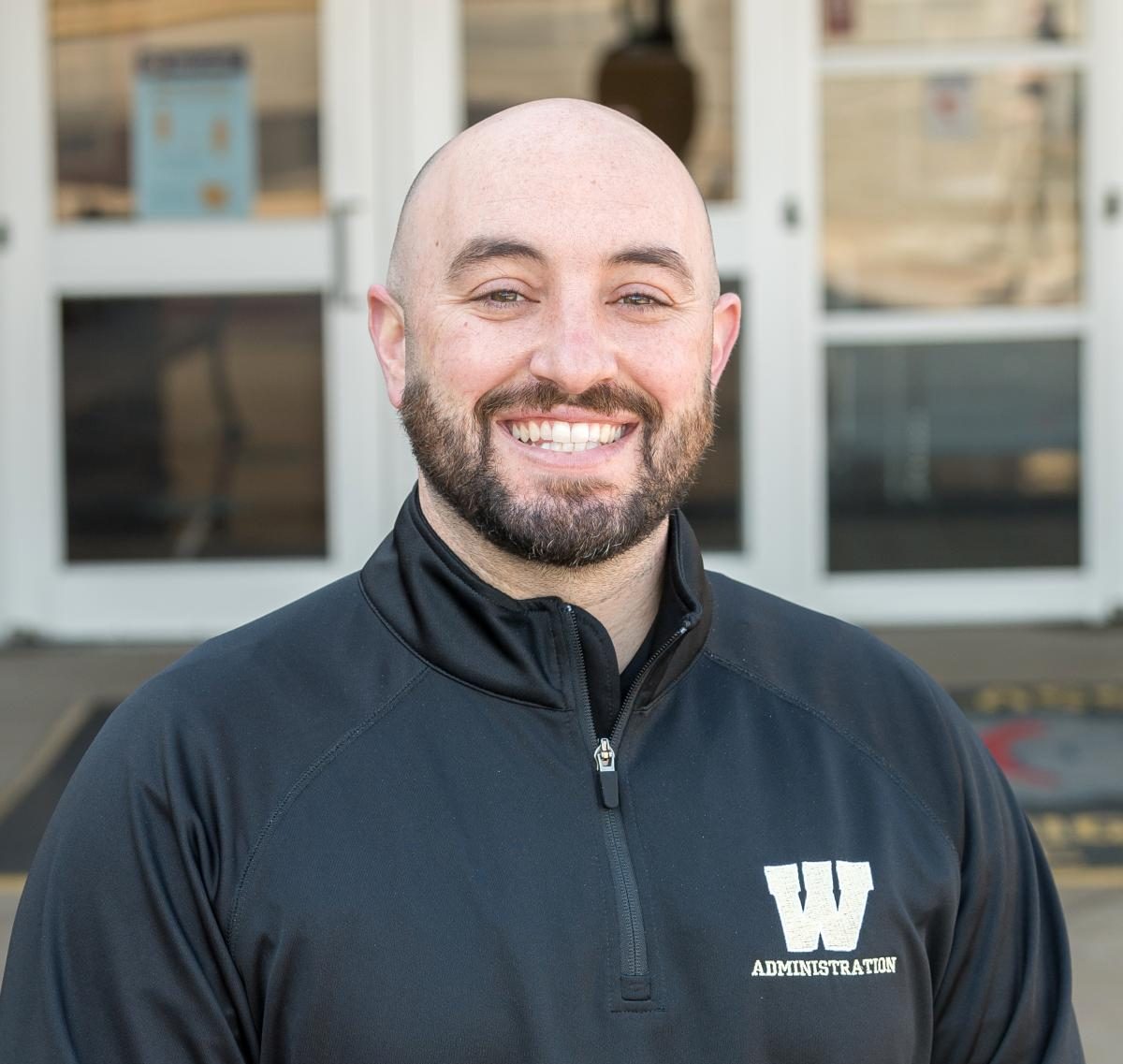 As the new principal of Westfield High School, Antonio DiBari looks forward to expanding his philosophy of inclusion, equity, and diversity at his new workplace. DiBari formally assumed his new position in March, and has already found a home in the bulldog family. In fact, he recognizes one of Westfield’s most distinguishing characteristics: its prominent school spirit.

DiBari observed, “Something that is really awesome about Westfield is that there is just so much bulldog pride. Everyone I have talked to is just so proud of being a part of Westfield. People are just so welcoming; everyone has been so amazing about meeting me, talking to me about who they are, about Westfield. I think that’s really really unique, you don’t get to walk in anywhere and have it be like that.”

Prior to Westfield, DiBari worked in Loudoun County, where he served as an AVID teacher and enjoyed aiding students in deciding their post-high school path. Before this, he coached at his own previous high school, Lake Braddock. He recognizes that although he never wanted a career in education while growing up, he could not resist his clear aptitude for working with kids and coaching them to reach their highest potential. In fact, he recalls    working as a substitute teacher during his summer vacations away from law school, before he eventually discovered that education, not law, was his true passion. Not to mention, both his uncle and father obtain careers in education.

DiBari recognizes the feeling of watching his students achieve something extraordinary as truly unbeatable: “I just really really love working with kids, like I really like helping them reach their highest potential. Nothing makes me happier than watching someone

achieve something that they didn’t believe they could.”

Despite his upbeat attitude, in addition to Westfield’s loving hospitality, DiBari’s adjustment to the school has faced some anomalous obstacles — especially considering the adverse circumstances surrounding the recent appointment. The issue of having to adjust to a virtual setting has posed his administration with difficulties. He states, “It is really really hard as a new administration to build relationships and to do things without being in person. Especially when being virtual is so new to everyone.”

However, DiBari plans to push through the predicaments with a positive attitude, and has even embraced making plans for when things resume back to normal. He reveals to already have made plans regarding a senior event in the Spring: “We are talking about doing this event in Spring for seniors where we can all get together and bring some food, maybe just hang out.”

As a matter of fact, one of the biggest passions of this exuberant new principal is to establish a highly amiable community at Westfield, through a myriad of cordial social events focusing on simply hanging out and spreading positivity. He recollects, “I have been at schools where events were huge, where the whole community would come out and there was food and people hanging out and laughing and connecting in a way they didn’t connect otherwise. I want to replicate that here at Westfield.”

DiBari’s apparent emphasis on social events is actually an expedient for furthering his overall vision of expanding inclusion and diversity in schools: “Diversity is a big thing for me, it’s one of the reasons why I came to Westfield. I like working in diverse communities. I just think there is such a cool richness to just being able to engage in multiple cultures. I think people take for granted sometimes the opportunities to experience different things, and that is something I am very passionate about. How can we celebrate the uniqueness that also brings us together as one.”

DiBari recognizes the fear of the unknown to be a dire hindrance from achieving true inclusion. Thus, he has assumed the responsibility of minimizing the issue to the best of his ability during this administration. He reflects, “[Accepting true diversity] is tough because there is some fear around that too, when you start engaging in the unknown. Fear is a feeling you get when you are uncertain about what is going to happen, and when you engage in things that are new, you may not know how to approach it, so my job is to figure out how to break that down.”

Evidently, the new face of Westfield is on a mission to not only maximize diversity and inclusion in the school, but also to make a lasting impact and improve Westfield for the better. As the bulldog community gets ready to embrace a post-COVID world and return to in person school in the Fall, DiBari plans to kick off his ambitious new plans and help Westfield reach its highest potential.

In fact, regarding his plans for the future of our school, DiBari has high hopes:  “I really truly, with every ounce of my being, want Westfield to be the best school on the planet. I want it to be that kids love coming here, have all of their needs met, and if they have ideas of things they want to do, that they have options to do that. I want teachers to (feel like)…they can’t wait to get to work that day because they have something cool going on in their classes.”

He added, “That is my mission. I want every kid to feel seen, heard and love being a bulldog.”