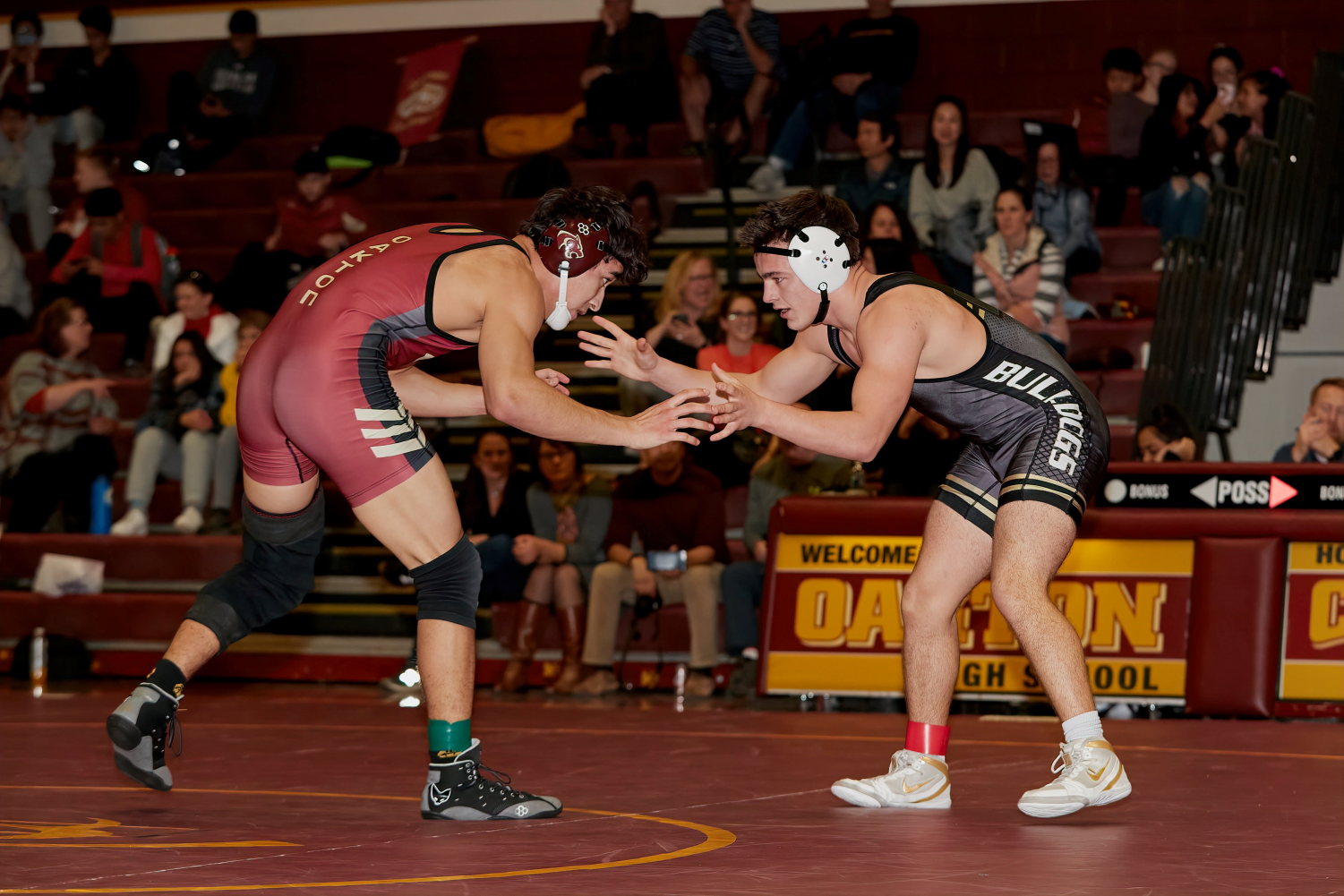 ATHLETE OF THE ISSUE: RYAN MOSES

As he reset in the center of the mat, a fatigued Ryan Moses, 12, looked into the eyes of his opponent, a familiar face who bested Moses in their three prior matches. Down in his regional championship match, Moses came back to win, placing third overall in his weight class, helping score in the team’s fourth place finish. Moses placed third, one spot from advancing to the state championship last season.

“That regional championship match was my favorite memory I have had as a wrestler. Having lost so many times to him, it felt good to beat him,” said Moses.

The stocky built, blue-eyed senior with a defining eyebrow scar is popularly known for his standout résumé as a student-athlete by coaches and teammates.

“Moses is an intricate part of the team in leading and shaping the younger wrestlers. He has always been a hard worker competitor. Him being a multisport athlete shows his talent and has helped him consistently improve over the years,” remarked Keith Sholders, boys’ Varsity Wrestling head coach.

Growing up with his parents, two older sisters, and an older brother,  Moses took up a myriad of sports including baseball, football, and wrestling. His start in wrestling was sparked by his mother’s passion for the sport. Moses’ mother was raised in the South and loved wrestling.

When he entered high school, Moses chose to drop baseball and prioritize football and wrestling, earning accolades of state champion (‘17), second-team all-state (linebacker), and all-districts honors in wrestling. Moses attributes his success in both sports to their complementary aspects of each other.

“I believe that football and wrestling help each other. In wrestling, there is a lot of certain body control we need to know. The speed gained from football has certainly made me a quicker wrestler as well,” explained Moses.

Heading into his final wrestling season, he looks to continue excelling at the district and regional levels and win a state title in his weight class. Moses opened up his senior campaign with a win at the Joe Verciglio Memorial Tournament. Throughout his time wrestling as a Bulldog, Moses’ drive comes from his team. He always puts his best efforts to perform well and score points.

“We have a really solid team this year and I feel good about my personal performances thus far, and I hope our team can do some damage,” stated Moses.

In the classroom, Moses is equally as talented with the rigorous classes he takes and the high GPA he maintains. With his busy schedule, Moses tries to optimize his free period for homework and start working shortly after getting home from practice.

Moses has applied to Virginia Tech and hopes to join their ROTC programs. He looks to join the Marines after graduating from Tech.

With the team on his back, Moses looks to end his wrestling career with a strong finish and enjoy his time competing.

Reflecting on the admirable lessons he has gained from wrestling, Moses noted, “the mental toughness that wrestling has instilled in me is my favorite part of the sport. Overcoming the fatigue, pain, and emotional challenges that come wrestling makes problems in life seem less severe and overwhelming.”