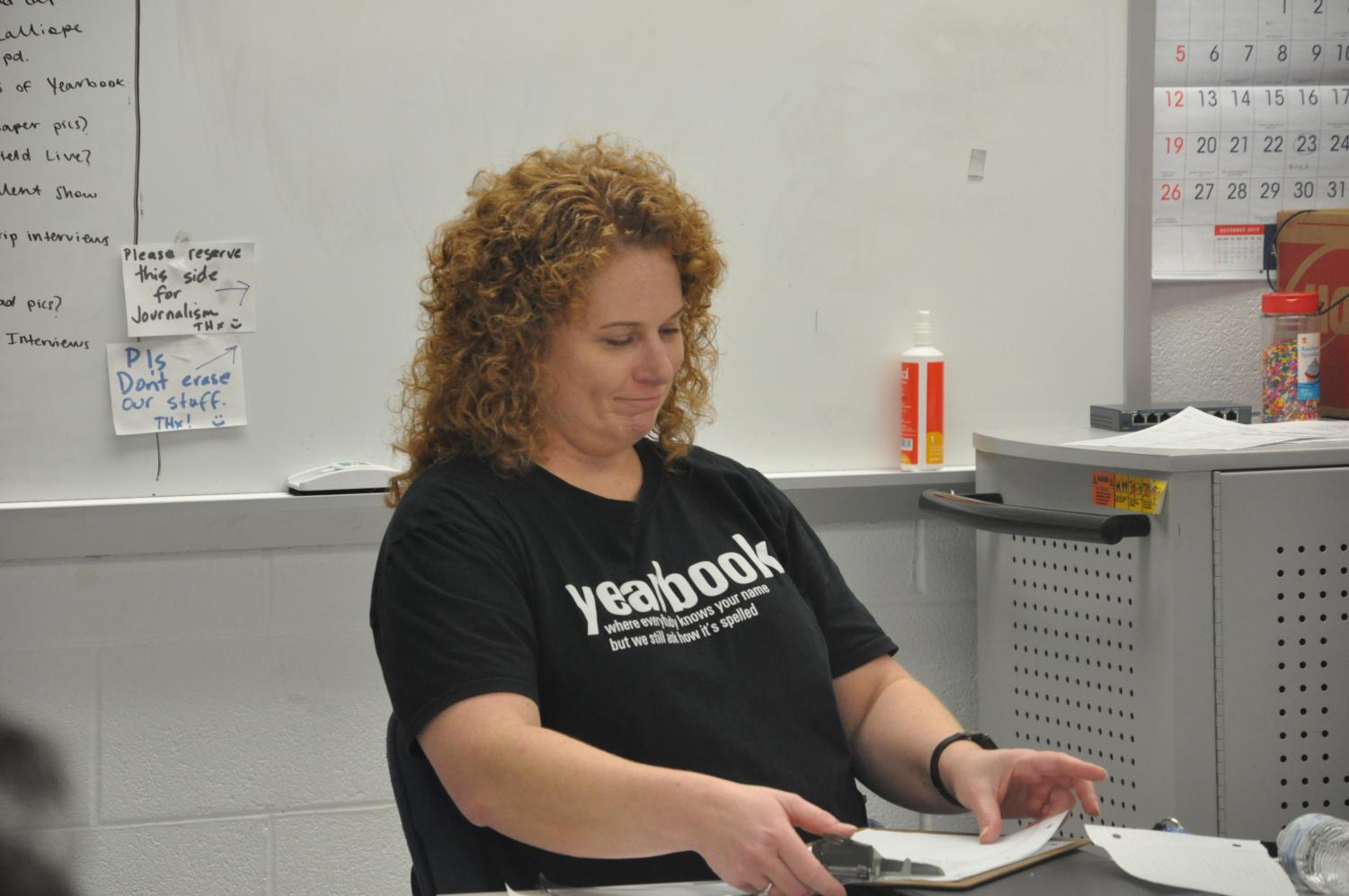 TEACHER OF THE ISSUE: JESSICA NAEVE

From touchdowns at football games to dramatic poses in the theatre, Jessica Naeve, Yearbook Advisor and AP Literature teacher, is always present with a camera locked between her hands to snapshot Westfield’s iconic moments.

Naeve was born and grew up in Northern Michigan in a small town of 300 people. After graduating with her class of 97 students, she moved to the east coast to study political science at the George Washington University.

“All of high school, I [had] declared that I would be the first female president of the United States,” recalled Naeve.

Although she started out pursuing a career in law, after discovering the disappointing reality of American politics and encountering many lawyers in Washington D.C., Naeve decided to switch her major to English and sought a teaching degree.

While Naeve has established herself as a prominent figure in the Westfield High School community in the 15 years she has taught here, she first began her teaching career at George C. Marshall High School in Falls Church.

“I originally tried for the job when Westfield first opened, but I did not get it. After teaching at Marshall for three years, moving back to Michigan, and then trying again, I got the job here,” said Naeve.

Two years ago, she taught English 9; however, due to issues with staffing, Naeve stopped teaching English 9, and now, instead, teaches more sections of AP Literature.

“It was difficult to prepare for AP Lit., English 9, and Yearbook. Two helps me focus,” Naeve explained, “and it would have been too much to manage.”

It is her 16th year teaching at Westfield this year, and Naeve has learned a plethora about teaching and how to be an effective teacher.

“Teaching has made me way more patient with people. People who do not deal with children on a daily basis do not have as much patience,” Naeve said, with a laugh.

Naeve also pointed out that organization makes for an effective teacher. She believes that if a teacher does not know what he or she is teaching, then students will see through that.

“What’s the point if you’re supposed to be the authority in the room and you don’t know what you’re talking about?” Naeve reasoned.

In addition, in her time as a teacher, Naeve has witnessed the increase of technology usage in schools. According to Naeve, especially with the new school issued laptops in FCPS, students are “too used to instant gratification.”

She argues that students need to be able to read and analyze, instead of having easy access to the Internet and search for answers.

“People need to read a book [and] annotate it to show that they can think about it,” Naeve asserted.

In this technology prevalent age, leisure reading has decreased in the U.S., which Naeve finds concerning. However, she believes that it is not too late to change this worrying trend.