EUPHORIA: SHOW OF THE SUMMER? 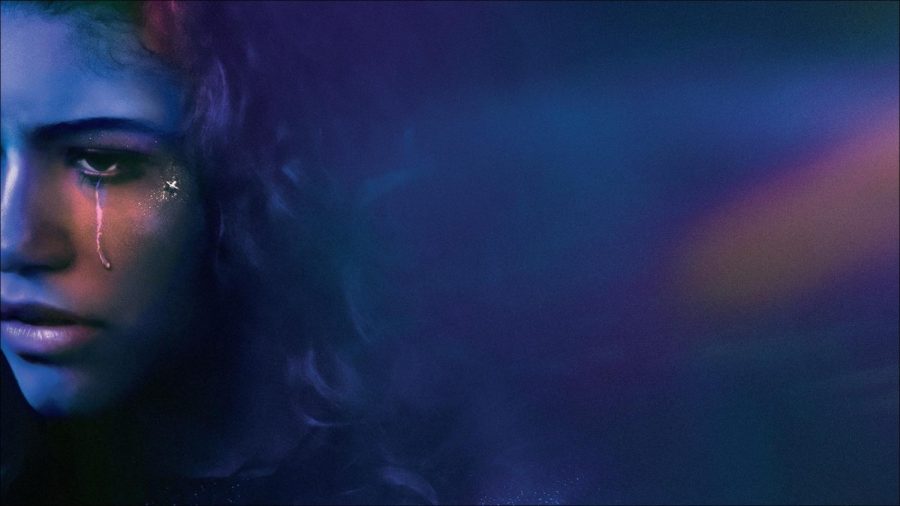 The summer of 2019 brought on one of the most controversial television shows of the century, Euphoria. The show follows the story of a teenager named Rue Bennett (Zendaya), a compulsive liar and drug addict. Euphoria’s pilot opens with a flashback of when Rue was born on September 14th, 2001, three days after the terrorist attack on 9/11. From the 15 minute long flashback, viewers learn that Rue is diagnosed with obsessive compulsive disorder, bipolar disorder, and anxiety, all of which fuel her addiction to drugs.

As various colored neon lights reflect on her face, Rue describes her highs with cryptic detail, “And every time you breathe, you breathe out all the oxygen you have. And everything stops. Your heart, your lungs, and finally your brain. And everything you feel and wish and want to forget, it all just sinks. And suddenly, you give it air again. Give it life again.” This raw description of highs is written by Sam Levinson, the creator of Euphoria. Levinson used his own experiences as a former drug addict to produce compelling soliloquies and monologues for the show, such as the one in the flashback at the beginning of the pilot.

Furthermore, throughout the show, many scenes are accompanied by breathtaking cinematography and orchestral, hip-hop, and pop music. It is crucial to notice that even the music in Euphoria signifies and distinguishes multiple aspects of the show. For instance, in the scene where Rue is describing a high, there is a faded, almost silent, violin in the background. This dark, melancholy music creates a somber mood, which is appropriate to the scene. Comparing that music to the upbeat hip-hop tracks played in scenes where sex, alcohol, drugs, and parties are involved allows for a discrimination between the serious and laid back scenes.
Another notable aspect of Euphoria is the recognition of issues surrounding teen culture by assigning a variety conflicts to all the characters in the show. As mentioned before, Rue deals with her drug addiction, and the pilot primarily focuses on Rue’s story. The second episode highlights Nate Jacobs (Jacob Elordi), and his conflict with masculinity. Nate, as a child, stumbles upon explicit tapes of his father, Cal Jacobs (Eric Dane), which sparks his hatred towards homosexuals, transgender people, and anyone that Nate determines threatens his belief of masculinity and femininity as black and white concepts.

Although Rue and Nate are two prominent characters of Euphoria, Jules Vaughn (Hunter Schafer), Maddie Perez (Alexa Demie), Kat Hernandez (Barbie Ferreira), Cassie Howard (Sydney Sweeney), Chris McKay (Algee Smith), and Lexi Howard (Maude Apatow) are among the eight key characters that are included in creating this story that exposes modern teen culture and its problematic affairs.
Interestingly, even though Euphoria reveals much about teen culture in the 21st century, the show elicited a lot of backlash before and after its release. Many took to social media to express concern regarding the pedophilia, nudity, and excessive drug use that is prominent in the show. Most of the backlash concerned the relationship between Jules Vaughn, the 17-year-old transgender character, and Cal Jacobs, 17-year-old Nate Jacob’s father. However, HBO, the channel that Euphoria is under, is known for shows that contain explicit content. HBO knew that there would be an outrage following the show’s extreme scenes, but also used that shocking factor to their benefit by garnering many watchers. With its success in averaging 5.6 million viewers per episode, Euphoria was renewed for a second season before the end of the first.
Euphoria earns its place as one of my favorite shows of this decade because of its intensity, honesty, and eagerness to shed light on modern teen culture. In addition, I believe that this show’s cast’s talent dignifies them as eminent upcoming figures in Hollywood. For example, Nate’s breakdown on episode eight is so terrifying that it is unforgettable. Though, the most important part of Euphoria is Zendaya. Watching her grow from being a Disney star in the timeless show Shake It Up to the protagonist on the most talked about teen show this year has been a nostalgic experience. The reason why I am so fascinated by Zendaya is because of one, her versatility as an actress and two, her ability to sync into her roles. In Euphoria, Zendaya does the latter so well that at times I found it difficult to separate her from her character. For this reason, I believe that Zendaya has created a mark for herself in Hollywood, and her role in Euphoria, as well as the show itself, will be remembered for decades to come.
RATING OF EUPHORIA: