THE UPS AND DOWNS OF BIPOLAR DISORDER

The Couch The Couch examines a topic relevant to mental health and human relationships-- a breakdown of some common challenge to our mental health. 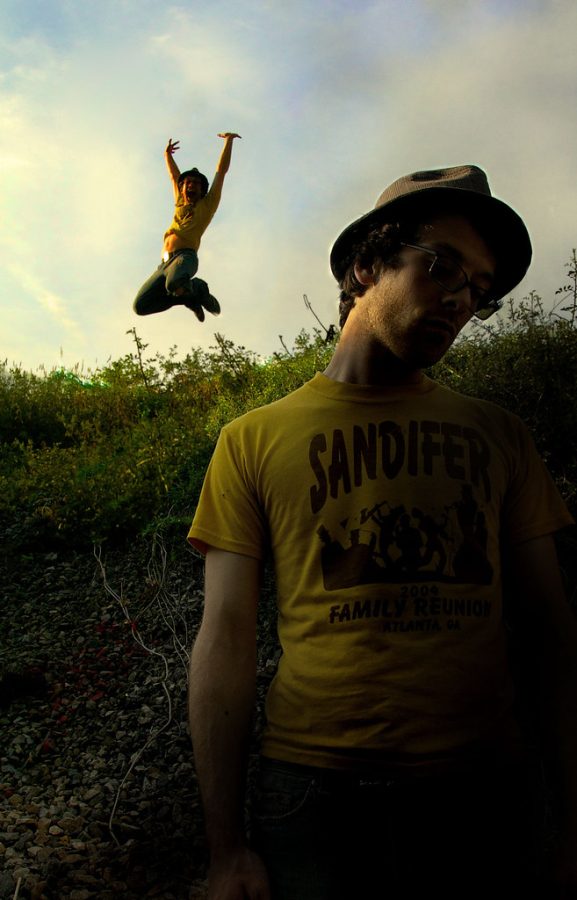 Have you ever experienced a day full of energy and being productive, but the next day you are just dead weight on the mattress of your bed, tired with no motivation to get up? Have you ever gone through one week feeling just okay, but the next week you feel sluggish and exhausted, then the next you feel uncharacteristic impatience? People who experience extreme cases of these situations over a long period of time are often diagnosed with bipolar disorder.  Like many mental disorders, bipolar disorder itself is not very well understood, and more should properly know about it  in order to ensure correct care of people diagnosed.

Bipolar Disorder, formerly known as manic depression, is a mental disorder that affects 45 million individuals worldwide and can cause severe and drastic mood swings, according to the World Health Organization. In America alone, over 3 million people are diagnosed each year.

Typically, there are three types of episodes a person experiences. The first type, a “manic episode” is a period of time where one is feeling energized, hyperactive, irritable, or euphoric for no apparent reason. The second type, a “depressive episode”, is a period of time where a person feels sluggish, apathetic, hopeless, and dysphoric. One can display “manic” or “depressive” symptoms at once, which is known as a mixed episode. Bipolar disorder is typically a genetic condition, though can be induced sometimes through alcohol or drug use.

Bipolar Disorder can give people a sense of not having any control over themselves, leading to higher amounts of stress and anxiety.

Phillip Shulti-Hordlehoff, a Microsoft engineer in Fairfax County who was diagnosed with bipolar disorder in 2010 at the age of twenty three, and also Watchdog staff writer Ava Salzgeber’s step-father, states,  “It took me about two years to gain some semblance of control and it was difficult dealing with the mood swings on a monthly basis.”

Treatment typically requires a substantial amount of help, though people with bipolar disorder might feel hesitant to accept such help for their condition. The disorder itself is different for every person in terms of episode durations, intensity, and length of breaks between episodes, making the process quite intimidating for patients to go through .

In addition, people with bipolar disorder tend to have difficulties interacting with other people. Marriages where one person is bipolar have a 80% higher chance of divorce than marriages without bipolar disorder. Unemployment for bipolar patients is recorded to be at 60% due to higher rates of miscommunication and absenteeism related to mood swings. Though difficult, with external help and understanding from peers, someone with bipolar disorder can more easily navigate steady relationships .

Tracy Salzgeber, Senior Microsoft Engineer, who is Watchdog staff writer Ava Salzgebers mother, offered the following perspective: “For me, it’s been a weird experience but not one I find unpleasant or arduous. It’s easy to love Phillip.”

While Bipolar Disorder is a lifelong condition, many treatments and therapies have been developed to help people suffering from it. A person with bipolar disorder can get support from psychiatrists, family members or even support groups, and medication can be prescribed to help deal with the symptoms of such a disorder. Due to the varied differences in the disorder for every person, the schedule and medications can change wildly, but there would be something out there to help people get through it.

Mr. Shulti-Hordlehoff said, “The advice I would give is to keep trying. I saw four different psychologists before I found one that worked with my disability. Bipolar is a different experience for each person, and means you need to find the right doctor and medications for you.”

Mrs. Salzgeber stated, “The advice I’d give someone with bipolar disorder would be that they aren’t freaks or disasters and they need to take a deep breath. Get medicine and get to grips with the fact that the disorder is lifelong. Don’t ever stop your meds without a doctor monitoring your situation! You’ll feel better and start to think you don’t need them anymore and then the bad things happen.”

Bipolar disorder is a difficult thing to experience, but through therapy, treatment and patience with loved ones, it can be managed. It is a life-long experience, but it is one that you can be prepared for, whether you’re experiencing it or have a loved one who is going through it. Bipolar people are not dangerous and they deserve just as much respect as any other person.