ARTIST OF THE ISSUE: HELENE O’BRIEN 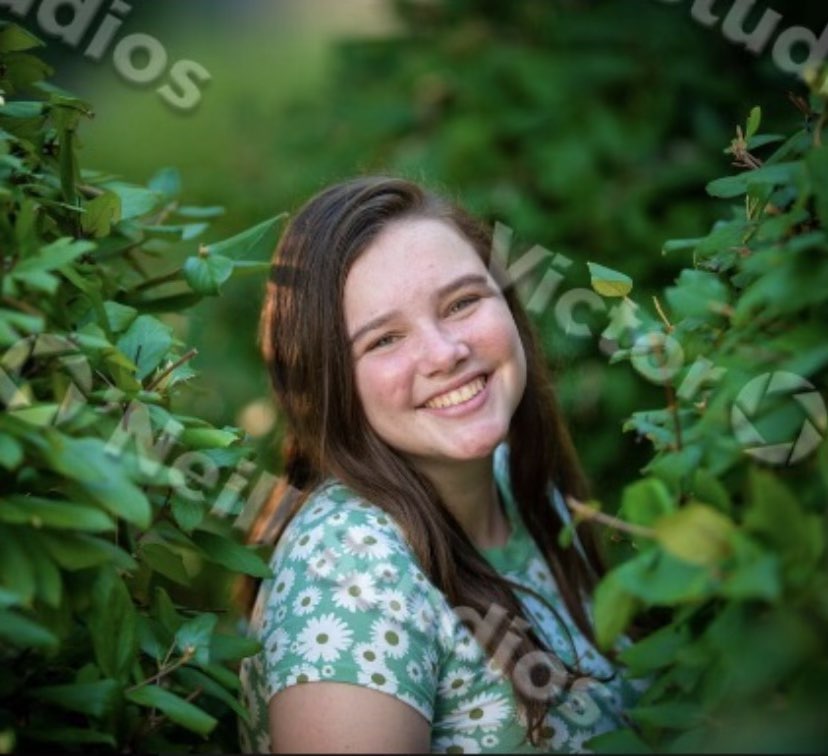 A hand reaches out of water with two fingers folded, signifying a person who is drowning and overwhelmed by her familial tensions. This piece was drawn by Helene O’Brien, 12, who often shares her passion for mental health awareness through her artistic work. For O’Brien, art is a method of expressing her emotions, ideas, and beliefs. But frequently, she discovers new aspects of herself through pieces she makes while rushing to meet a deadline.

O’Brien technically began her artistic career in elementary school, but she took a genuine interest in her art classes starting in the eighth grade. At Westfield, she took Studio Art 1 her freshman year, Photography 1 her sophomore year, then Studio Art 2 her junior year, and this year O’Brien is enrolled in AP Studio Art and Photography 2.

“I want to do interior design, which is a mix of different forms of art, so I figured it would be better to take more than one type of art class,” O’Brien revealed. “There’s also a joke that architects that hate math usually like interior design. And that’s perfect because I hate math.”

As an artist both inside and outside of the classroom, O’Brien is inspired by various factors in her life. She explained that the pressure of an art assignment being due is one of her least favorite motivations, while her friends encouraging her to manifest her internal struggles in her art is a healthy stimulation. O’Brien’s work also draws influence from her peers, teachers, and other artists in general. However, she asserted that she establishes a fine line from inspiration to duplication; O’Brien makes sure that while she is learning from others, she does not drift away from her own style.

Though she looks to drawing as a form of stress alleviation, O’Brien admits that she faces challenges when doing what she loves, especially in an academic sense. For instance, as a freshman, she was tasked with drawing a face, which she had never done before. Her only solution was to make her attempt at the project, and she ended up happy with the result.

Additionally, she feels as though when she is assigned work that she feels she is not capable of doing well, O’Brien finds herself giving up. She, specifically, expressed her annoyance at being forced to paint.

More recently, O’Brien began to draw people for the first time, and this was a personal endeavor for her, which she took on by reciting her motto: “I’m just gonna do it.” This self-encouraging phrase has helped O’Brien through tough tasks, even ones she is not too fond of, like painting!

O’Brien’s creative process is described best as flexible. She highlighted one part of her practice as most important: stepping back from a piece and assessing it from a range of angles. Then, if there are errors that she notices, especially if it’s with a section being drawn in too strongly, O’Brien has to work with the errors and incorporate them into her final product. However, if the errors are erasable, she fixes them, and continues on.

When asked about her skills as a drawer, whether she believes she has an inborn talent or she acquired her artistic abilities through multiple years of practice, O’Brien responded with the following: “It depends. Some skills I’ve trained for, but others feel natural to me. Like, my friend Emily [who is also an artist] asks me how I do my shading and I ask her how she does what she does. So I can’t exactly describe how I do it, and neither can Emily. It makes both of our styles unique.”

O’Brien’s style, like some of her artistic skills, is hard to explain. For the most part she likes using graphite pencils, but when she does portraits, they are realistic. Additionally, O’Brien enjoys doing mixed media; for instance, to enhance her portraits, she adds backgrounds with paint or markers.

“My style, the best way I could describe it, is a collection of different things,” O’Brien stated.

Beyond high school, O’Brien has been looking into art programs in Virginia and outside of the state. Two of the schools she is considering the most are the renowned VCU School of the Arts and The School of Art at the University of Cincinnati, where she has been offered admission and scholarships.

O’Brien has one advice to leave for incoming freshmen, current sophomores, and even upperclassmen who are looking to be involved in the Art Department at Westfield and art in general: “Just go for it. If you’re scared to start a piece, the worst that can happen is that it turns out bad. And then you can just try again. You never know what your work will turn out to be.”