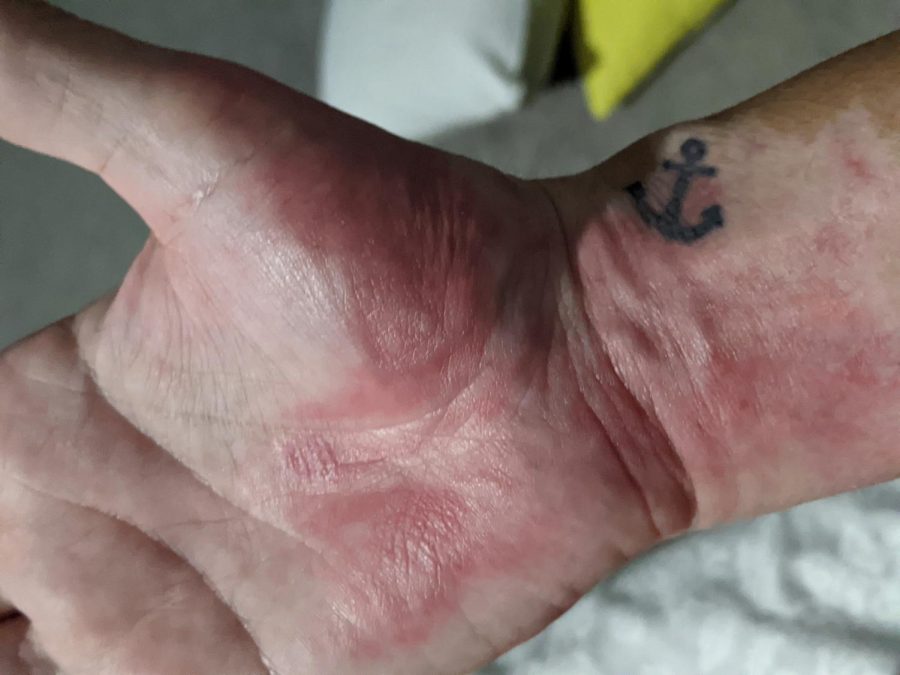 On an ordinary Friday morning in late August, one of Swientoniowski’s daughters, Blake, was in karate class while her other daughter, Kiera, wanted to cook. After deciding on making churros, Swientoniowski and her daughter used three cups of oil to fry them. With the worst of luck, only having a couple of churros left to fry, the oil flew up everywhere, striking most of Swientoniowski’s right side and some of her left.

The family immediately called 911. But instead of rushing her to the local emergency room,  the severity of her burns prompted EMT workers to  transport her from her home in Loudoun County to a burn unit in Washington, DC.

“The pain was the most pain I have ever suffered in my entire life,” said Swientoniowski.

Fortunately, the healing process would take about two to three months for her, having her arms and hands wrapped in bandages.

Thankfully, Swientonioski was wearing her glasses during the accident, preventing the oil from entering her eyes. Swientoiskis’ daughter, Kiera, “was only sprinkling cinnamon and sugar on them at our island and was not anywhere near the stove,” recalled Swientonioski. “I am so very grateful she listened to me to stay away from the stove, ” she added.

Swientoiowski’s ordeal prompted a flood of support from her colleagues. The English department chipped in for a 400 dollar door dash GrubHub gift card.

“It was above and beyond what they should have done,” remarked Swientoniowski.

Krista Hennessey-Jacks, English Department praised Swientoiski’s optimism, saying, “We have to see there is a silver lining in all of our trials and tribulations.”

“Online school was hard with the burns simply because I was using my hands a lot. I found that at the end of the day the skin had been stretched a lot and touched too much that I often had immense pain in the evenings and well into the night. I am not one to take pain killers or narcotics, so I got by with Tylenol and Motrin, proclaimed Swientoniowski,”

“Mrs. S is one tough mother-teacher. I know she is going to be okay,” declared Kevin Laub, English Department chairperson.

Despite the pains, Swientoniowski added,  “Recovery is great. I will not need physical therapy or surgery as of now. I have no pain except for the occasional tight-skin feeling. I must wear sunscreen year-round. I can tell I will have scars; I just can’t tell how significant they will be. The discoloration is anyone’s guess and takes about a year to know the end result. I will decide in a year if I want to do some kind of laser treatment. Maybe just a tattoo to cover it, if I really hate it.”

“Bad things happen but there is always something to be grateful for and that we must push through even when times are at their worst,” said Swientoniowski.