JOE BIDEN: THE ANSWER FOR OUR COUNTRY | THE IRONIST 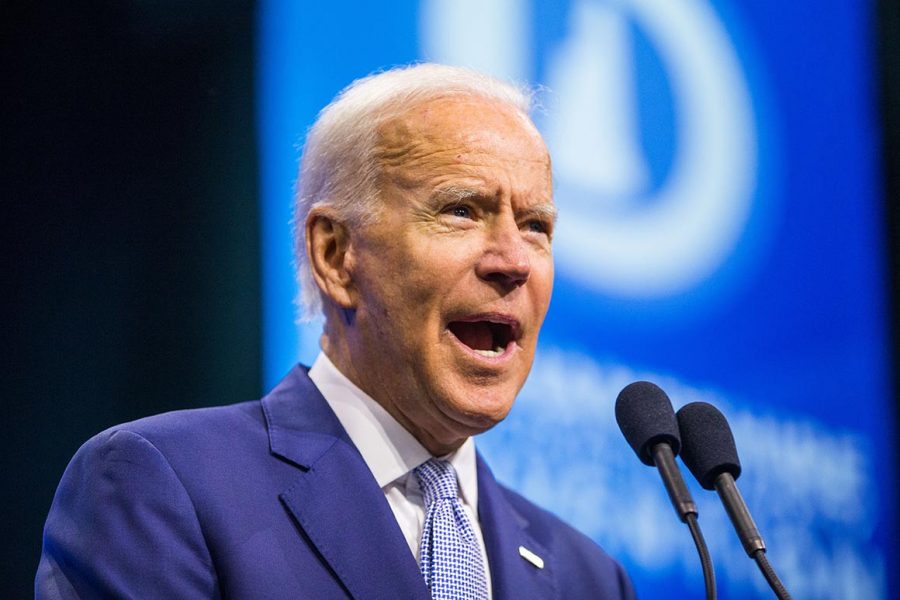 Here, Biden exemplifies the calm and collected side of himself in a speech. Never diving in anger or inaction, he is our number one choice for president.

The Ironist presents an argument using that mighty tool known as verbal irony, or sarcasm. Irony has long served as an expression of protest and disdain– both a weapon and a balm for those living in tough, turbulent times like our own.

With election day rounding the corner on November 3, voters must choose between two candidates. On one hand you have the current President Donald Trump, who would be a horrible decision, clearly. It’s absolutely disgraceful that for the past four years he has overseen the creation of a multitude of jobs and a growing economy. On the other hand, you have Vice President Joe Biden, who in his many years of politics has accomplished so much, nobody can even remember it.

A win for Biden would make our country stronger and show other global powers that we have bounced back from the many issues we have been struggling with. Judging by his outbursts of anger at town halls and debates, it’s clear that other nations would be impressed by our new leadership. It’s not like he ever says incorrect facts–such as quoting Trump telling people to drink disinfectant.

Recently, President Trump has been faced with the decision of whom to nominate to the Supreme Court after the recent passing of Justice Ruth Bader Ginsburg. He decided to stick with a woman in that position and nominated Amy Coney Barrett. Members of the Democratic party, including Biden, have voiced their dislike of Judge Barrett. After all, who could ever want a judge who earned a degree from Notre Dame, one of the finest schools in the nation? Or one who is very articulate and concise? And it makes absolutely no sense that the President would nominate someone with similar political views and ideals. Who in the entire universe would ever have even the slightest motivation to do this? If we had a Democratic president right now, they would totally not do the same thing in choosing a Supreme Court justice who shares the same political views.

The very popular topic of the economy often comes up in both separate candidate events and debates between the two. Both candidates have spoken about their plans. Biden made a very sound point that higher taxes are just better for our country and for citizens who happen to make over $400,000. It makes perfect sense that higher taxes could never do more harm than good to our economy, especially coming out of a recession as President Trump previously mentioned. And honestly, who doesn’t want higher taxes? It sounds like an amazing plan.

Many voters, when stuck between the two candidates, prefer to look at what each person has recently accomplished. Honestly, it is completely understandable that based on accomplishments alone, someone would choose Biden. Biden has done so much work throughout the entirety of his career that nobody ever hears about it anymore. Just comparing the accomplishment of Trump and Biden, Biden is clearly the winner in forgettable achievements.

Trump even stated that he, with the exception of presidents dealing with extreme circumstances such as FDR during the Great Depression, has passed the most executive orders out of all of the United States presidents.

NBC News supported this statement by saying, “Trump’s claim hinges on the slew of executive orders he has signed, which in his first 100 days exceeded that of any other recent president.”

In 2017 alone, President Trump passed more than twenty executive orders. His very first order as president was the “Executive Order Minimizing the Economic Burden of the Patient Protection and Affordable Care Act” which was signed January 20, 2017. Compared to Biden, who in his entire political career has been the primary leader of forty-two enacted bills, Trump’s numbers of done deals far exceed Biden’s, but we hate high achievers in America . Not only that, but the last bill to be enacted under the leadership of Biden was from 2008 and was the “Criminal History Background Checks Pilot Extension Act of 2008.” I don’t know about you, but I am wondering what he has been doing for the past twelve years. But clearly this data shows that Biden is best for the job.

Looking at the people that these candidates surround themselves with is also a good strategy for choosing whom to vote for. Biden, who represents himself as a moderate candidate, has chosen a running mate, California Attorney General Kamala Harris, who is very progressive, which makes perfect sense for his campaign. One policy that she strongly believes in is the complete elimination of private healthcare companies, which goes against Biden’s belief in reinforcing the Affordable Care Act instead of Medicare for all.

Putting everything together, we can clearly see that Biden is the correct answer for our country. Everything from the abundance of accomplishments throughout his career to the people he surrounds himself with prove that he is clearly the best choice. Biden’s monumental non achievements and cool, collected attitude make him the best man for the job.