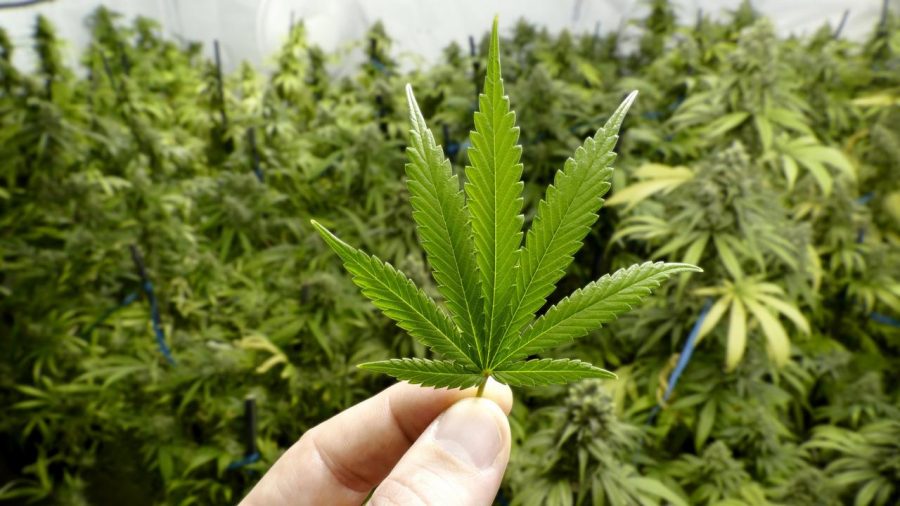 On April 12, Virginia Gov. Ralph Northam decriminalized simple possession of cannabis, permitting residents to own up to an ounce with no threat of a criminal record. The strong bipartisan efforts behind this bill, supplemented by Virginia’s long-held public opinion on supporting decriminalization, sheds light on the fact that the voices endorsing marijuana are not just of stereotypical “potheads” — but rather, of educated political leaders and medical experts.

However, the current federal laws regulating marijuana are anything but educated. In fact, the United States of America, despite maintaining a renowned reputation as the “land of the free,” is ironically home to marijuana policies stemming from Mexican xenophobia. These laws not only enable mass incarceration of minorities, but also unreasonably prevent public access to marijuana’s crucial medical benefits.

Prior to the twentieth century, Americans profited from selling cannabis extracts in pharmacies and doctors’ offices to help patients with various conditions such as stomach aches, migraines, inflammation, insomnia, and other ailments. However, following the 1910 Mexican Revolution, thousands of Mexicans immigrated to the United States. Most of these migrants were met with prejudice and racism, according to History Education, which was later projected onto their main source of intoxication: Marijuana. This was the beginning of the anti-marijuanna sentiment in the US.

According to Eric Schlossar, a historical journalist for the Atlantic, “Police officers claimed that marijuana incited violent crimes aroused a ‘lust for blood,’ and gave its users ‘superhuman strength.’ [They also claimed] that Mexicans were distributing this ‘killer weed’ to unsuspecting American schoolchildren.”

Despite objections from the American Medical Association, marijuana soon became illegal in the United States. Reasons for its criminalization included theories like addiction and decreased performance, but the main cause was simple: Marijuana was criminalized as a pretext to suppress and unfairly incarcerate minorities.

In fact, according to The Drug Policy Alliance, John Ehrlichman, a former Nixon administration domestic policy advisor, explicitly admitted to the racist origins of marijuanna criminalization: “We knew we couldn’t make it illegal to be either against the war or black, but by getting the public to associate the hippies with marijuana and blacks with heroin, and then criminalizing both heavily, we could disrupt those communities…Did we know we were lying about the drugs? Of course we did.”

Today, none of the initial reasons for marijuanna’s prohibition are legitimate enough to keep it criminalized. So why is it?

A large argument against marijuana claims it is a gateway drug to addictive drugs like opioids. In reality, according to LiveStories, states and countries that have legalized marijuana have reported a decrease in opioid-related deaths and hard drug consumption. Opioid overdoses in Colorado, Washington, and Oregon, states where use of marijuana is legal, are significantly lower than the national average. In fact, the idea that legalizing marijuana may result in a considerable drop in opioid addictions is not hard to believe, considering medical marijuana can easily be substituted for opioid prescriptions for cases of chronic pain.

Regardless, the fact that illegal marijuana usage can lead to harder drugs cannot be disregarded. Marijuana has become increasingly popular, inducing more of the population to try it regardless of its legal status. According to Addiction Campuses, 70% of the American population claims they are open to trying cannabis. Thus, the individuals who wish to obtain it must get involved in the illegal drug market — making association with drug dealers unavoidable. This significantly increases the chances of otherwise law-abiding individuals getting exposed to hard, illicit drugs. However, all these risks will be eliminated if these same individuals were permitted to drive to a local weed dispensary and obtain a gram legally.

Another fact that cannot be disregarded is that marijuana usage can lead to development difficulties in teen brains. But this is not unique to cannabis. Alcohol and tobacco are two of the most prominent legal drugs used by adolescents in 2018 — and both present teen brains with significant development issues. The reality is that teenage brains are extremely sensitive, and exposure to any type of controlled substance introduces development risks. This should not translate into simply criminalizing all those substances — rather, the real solution would be to teach children why not to pursue them.

Ironically, despite the myriad of claims demonizing Marijuanna’s health effects, alcohol consumption still remains as the third leading preventable cause of death in the US, according to the NIH. In contrast, according to Medical News Today, Marijuanna has never directly caused death in any user. In addition, according to the same source, just a few health benefits of cannabis include aiding chronic pain, PTSD, social anxiety, epilepsy, and cancer.

Furthermore, according to The Business Insider’s review of several addiction studies, “When it comes to addiction profiles, risk of death or overdose, and links to cancer, car crashes, violence, and obesity, the research definitely suggests that marijuana is less of a health risk than alcohol.”

The benefits of legalizing marijuana overshadow its harms. New Zealand, despite having a population of only five million, generated a $490 million increase in annual tax revenue following their legalization, according to the NZHerald. Colorado similarly experienced a $98 million increase — in addition to 10,000 new jobs due to the creation of the weed industry. Clearly, federal legalization would work wonders for the US economy.

Despite these astonishing facts, at least 7 million people have been sent to jail for simple marijuana possession. On top of that, according to the ACLU, black people are about eight times more likely than white people to get arrested for possession — even with the same amount of consumption. Several important figures such as Barack Obama, Bernie Sanders, Cory Booker, and Joe Rogan have spoken up about the unfair regulations of marijuana, but many are hesitant to legalize the drug over concerns that it could lead to an addiction. However, if the government truly intends to decrease drug usage, it needs to teach citizens about its harms and not simply criminalize them. Otherwise, where there is demand, there will always be a supply.

70% of the American population is open to trying marijuana, and polls conducted by CBS have found two-thirds of the American population to endorse legalization. Keeping marijuana criminalized is simply a stab at American freedom. Regardless of the pros and cons of the substance, demands for marijuana legalization does not just beg justice for an innocent plant — it begs freedom to make personal decisions. How can the United States of America claim itself as “the land of the free” if it sentences nonviolent cannabis users up to 30 years in jail?

Regarding prohibition of substances, perhaps Abraham Lincoln said it best: “Prohibition… goes beyond the bounds of reason in that it attempts to control men’s appetite through legislation and makes a crime out of things that are not even crimes… A prohibition law strikes a blow at the very principles upon which our Government was founded.”