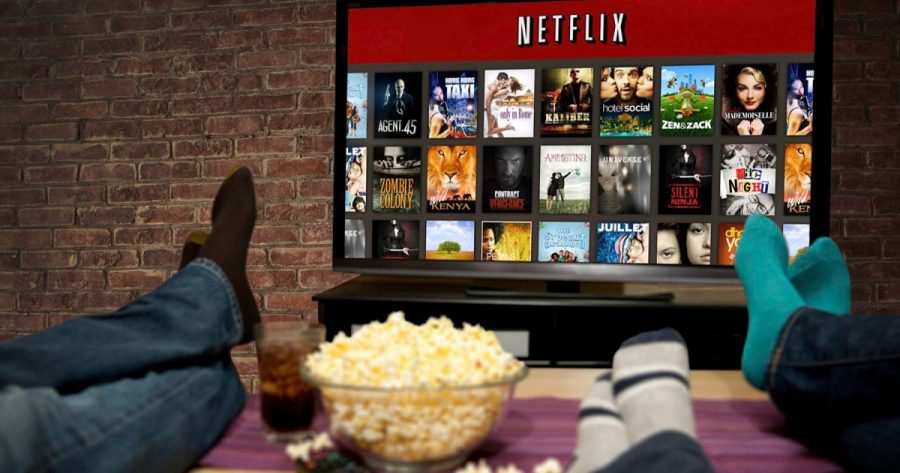 As stay the home orders near its end in many states, these are some must-watch shows, documentaries, and docuseries to help combat the boredom of staying home. Although a majority of shows and movies are on Netflix, there are some with multiple outlets to stream them on.

Please note that some content listed is intended for a mature audience.

Naked and Afraid on Discovery Channel: Out in the wilderness typically for 21 days, participants are tested physically, mentally, and emotionally with a partner having to find their own food, water, and shelter materials in the elements of their isolated environment completely naked and afraid.

Criminal Minds on CBS/Sundance/Netflix: A team of BAU profilers who travel to the country in pursuit of criminals analyzing their behavior to catch them. This 15 season series gives an insight into the work of special agents and is definitely worth the watch!

Impractical Jokers on TruTv: Joe, Sal, Murr, and Q are long life best friends living in New York who competes against each other in ridiculous, funny challenges in the streets of the city. This is one of my favorite shows all-time and always makes me and everyone I know laugh!

The Office on Comedy Central/Netflix: This show is a fan favorite. Following the everyday lives of Micheal Scott and the workers at Dunder-Mifflin paper company Scranton branch. The Office guarantees a laugh whether it be from the no filter boss, Micheal, or the oddball worker, Dwight.

Behind the Curve on Netflix: While the idea of being a flat-earther in pop culture is ridiculous, this documentary gives insight into the flat earth community. From the theories to feuds, public backlash, and even conventions that all make up the belief the earth is flat.

Take Your Pills on Netflix: As society continually gets increasingly competitive, the use of Adderall has become more common amongst high school and college students. The docuseries presents the harmful placebo effects of the drug and lengths people will go to be better, faster, and seemingly smarter.

QB1: Beyond the Lights on Netflix: A must-watch for any athlete especially football players. QB1 follows three top-ranked quarterbacks in their senior season before their collegiate careers. Showing the pressures of being a high caliber quarterback while balancing school, family, social media, and looming expectations.

Tiger King on Netflix: Everyone needs to watch Tiger King. The docuseries tells of Joe Exotic’s life, career, and downfall following his arrest for murder for hire of Carole Baskin. There are so many unbelievable twists and turns in the series that will leave you wondering if anyone is innocent.

Cheer on Netflix: The docuseries follows the Navarro College Cheer Team who is regarded as one of the nation’s best teams. Coached by Monica Aldama, the series shows how difficult cheerleading can be and the pressures of maintaining winning success. Members of the squad share inspiring stories about lives leading up to attending Navaro. By the end of the series, they will have you chanting FIOFMU!

90 Day Fiancé on TLC: This reality drama tells the story of couples who travel across the world to meet each other and have to get married in only 90 days once in the US! Getting accustomed to a new environment and facing doubts from loved ones all while planning a wedding makes this show addicting.

sMothered on TLC: sMothered takes the mother-daughter bond to the next level. These mother-daughter duos do just about everything together from showering to dressing alike. As new life changes such as college, marriage, and babies come about, their relationships are tested.

All American on CW/Netflix: Another must-watch for athletes. Inspired by a true story, Spencer James moves out of his Crenshaw neighbor to Beverly Hills to play football as one of the nation’s best players. Viewers see the hardships growing up as a Black person, the importance of community, and the value of camaraderie. The show’s soundtrack is also equally as amazing.

Never Have I Ever on Netflix: This coming of age comedy about an Indian girl, Devi, who is dealing with her father’s death, is starting her sophomore year of high school. After not being able to walk from the trauma of seeing her dad die, Devi is determined to get a fresh start and become popular. This is a lighthearted, funny series about the expectations and pressures of being a girl and student in high school.