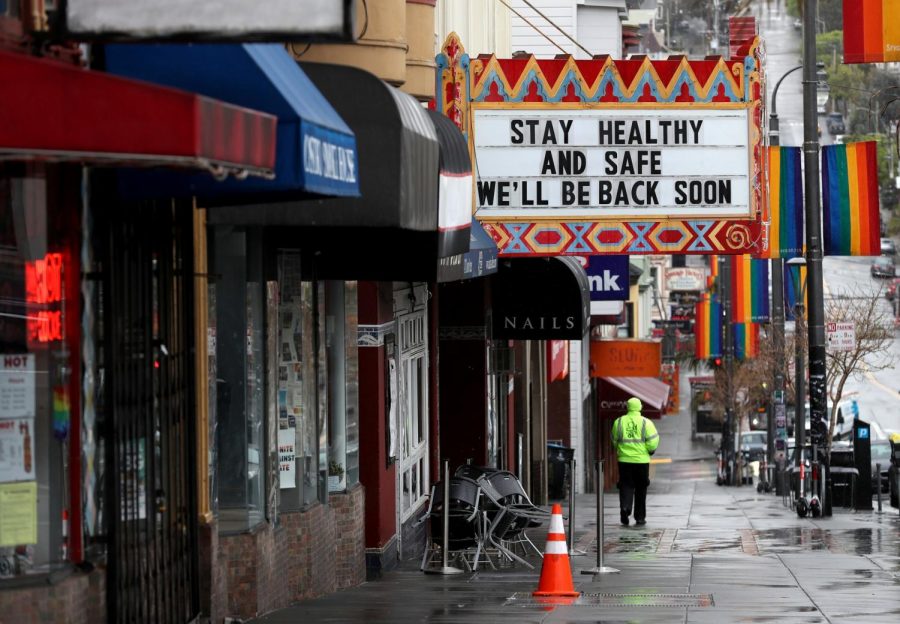 The Castro Theater in San Francisco after state shutdown

For Westfield, the month of March began with bustling hallways, excitement for a new season of Spring sports, plans for a new theatre production, and even incoming foreign students from Mexico. However, rumours of a rapidly progressing foreign threat, COVID-19, soon began to emerge, and on March 13, the first coronavirus patient surfaced in Harrisonburg in Virginia. By April, the president had closed all foreign entry into the country and this clandestine disease had claimed 1,633 patients in Fairfax County alone – leaving every resident, student, and authority of Virginia in a bewildering and disconcerting situation.

Jason Tongarm, 10, explained, “I was really looking forward to meeting my exchange students and showing them what Westfield was like. But unfortunately, the program got cancelled because of the coronavirus.”

Moreover, between March 23 and 25, Governor Ralph Northam issued two executive orders which closed all schools, and demanded a state-wide stay-at-home order till June 10. Not only did this make self-isolation a legal obligation, but it also terminated all school activities for the rest of the school year – including spring sports, extracurricular club activities, and even Prom. The phrase “stay home” became the most used worldwide, much to the dismay of teenagers. The closure of all schools probably affected the class of 2020 the most, since seniors lost their senior prom and graduation ceremony experience. Regardless, many continued to attempt to view the positive aspect of the situation and isolate themselves at home.

Joey Baumgartner, 12, reflected, “I was really looking forward to prom and was really sad when it got cancelled. I know it’s for the best, but I wish I could have at least attended my senior prom.”

Despite the understandable disappointment, the need for social distancing is not one that can be negotiated. Not only is the coronavirus significantly more contagious than the flu, according to the American Medical Centers, but it also has a fatality rate of 10% in the United States, according to the World Health Organization. Although it may simply cause respiratory tract infections in some, COVID-19 induces severe SARs in other patients – a deadly illness which may result in death.

And unlike the flu, there is only one method to stop this deadly virus: staying home.

Hugh Montgomery, director of the Institute for Human Health and Performance at University College London, explained how simply one infected person can spread the disease onto 59,000 more: “Every person passes [the coronavirus] to three — now that doesn’t sound like much of a difference, but if each of those three pass it to three and that happens in 10 layers, [the first person] has been responsible for infecting 59,000 people.”

However, despite the severe repracations associated with social interaction during this time, it seemed several young-adults continued to disregard executive orders and continued making plans with friends. In fact, crowds filled Virginia beaches during the last weekends of March.

In response to the news of beaches being “literally packed,” Northam stated on a COVID-19 briefing, “Everyone who is gathering in a crowd at any place around the state is putting themselves and others at risk.”

Northam’s claim is backed up by doctors and law authorities alike. Anybody currently continuing the act of social interaction is not only putting themselves at severe risk, but is also – in short – nothing short of selfish.

Social isolation may not be as bad as some believe. In fact, it holds potential to actually improve the lives of residents. Many Westfield students and staff have even reported being happy with a new weekly schedule and have begun discovering new hobbies.

According to Brigid Duffy, English teacher, “I love having time to cook more often, hanging out with my son (Owen), and taking walks with my dogs (Jenny and Lily). I’m working on spring cleaning now and figuring out which house projects I can tackle during quarantine”

Rebecca Darr, Chemistry teacher, also reported, “During this time of quarantine I have of course binge-watched TV shows, such as Tiger King. I have also been showing off my chemistry skills by performing chemical reactions in the form of baking!”

In fact, cooking and baking seems to be popular among the staff and students of Westfield.
Camryn Sonnenfeld, 10, enthusiastically stated, “I’ve gotten better at things I enjoy doing like cooking and trying out new recipes. I was really sad that my spring volleyball season was cancelled, but I found ways to cope with all the extra time and make the most of it!”

Another trend that surfaced was exercising. Students of nearly all grade levels revealed that they had utilized free time to get in shape.

According to Shrejit Rimal, 11, “Honestly, the main thing I have been doing during quarantine is working out.”

Santiago Blanco, 11, elaborated, “I agree, quarantine has given me and most of my friends plenty of time to focus on ourselves and work out more.”

Even the class of 2023, whose long-awaited first year of high school experience was mercilessly extirpated by the virus, seemed to discover the positive in this frustrating situation.

Manavi Lamichhane, 9, commended the abrupt school closing by explaining how it gives students a chance to start fresh: “Although I miss my friends and social interaction, I’m glad we all are getting much needed time to be able to start off fresh next year, and online school is not too bad either.”

Clearly, there simply is no reason for anyone to continue social interaction during this time.