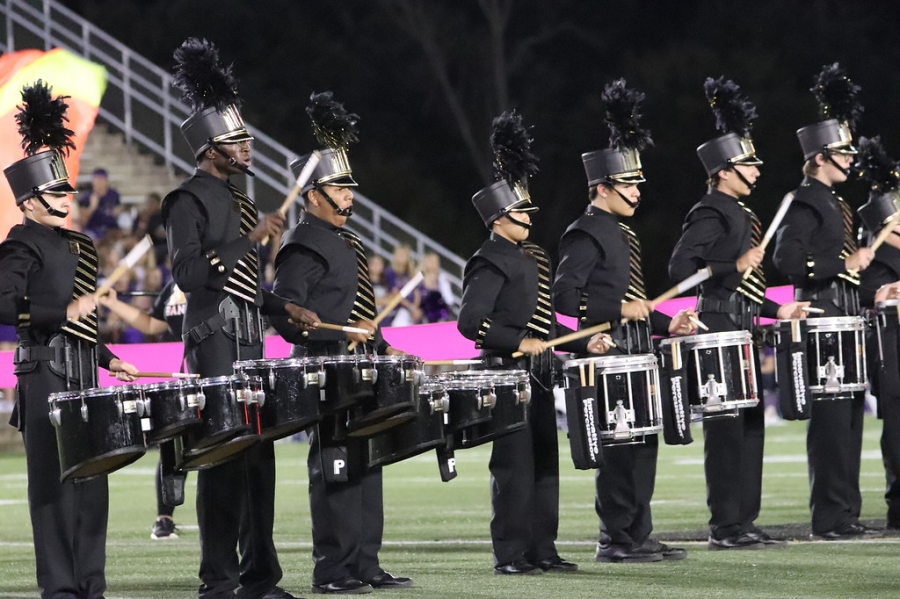 The Marching Band drumline performing during their show at halftime of a football game.

“I remember I was in the stands and we were all hugging each other because we were scared, and then we heard ‘first place,’ and we all started jumping up and down,” recalled Sara Masaki, 11.

Being in the stands hearing,“Westfield High School, first place winner,” the marching band was relieved. The uneasy wait of hearing every school announced was scary for all the members. 49 schools were called, leaving Westfield the only school unannounced.

During their performance at James Madison University, marching band performed for eight minutes. They won first place in their performance at JMU; making this year their most successful season. They competed against 50 highly competitive schools. Their biggest rivals at JMU were John Champe and Freedom High School. Westfield marching band also won first place at the VMBC Regional Competition, hosted by South County High School.

Like any other after school activity practicing for such long hours, marching band is a “huge time commitment,” according to Brendan Black, 10.

This year was marching band’s most successful season. Some factors that lead to such success was that marching band received new props, which helped them improve performance wise.

According to Johnson, “The show worked out really well—it had a good combination of challenge, rigor, entertainment and the band sounds really great throughout.”

“I improved a lot as a player,” exclaimed Black. This season, being marching band’s most successful season helped members become even better players.

Westfield has had a marching band since 2000, when the school was first found. Marching band started competing in 2002, while just doing exhibition performances in their first year.

This year, being marching band’s most successful season and winning two first place competitions showed how dedicated the members are.

In regards to next year and continuing their streak of success, Johnson expressed that marching band has “no clue what [their show will be] yet, but hard work is usually the key to success.”